South African designer, Ruald Rheeder is most known for his menswear collections that have been housed in various boutiques, clothing outlets and more importantly, the Young Designers Emporium. After completing high school he moved to Cape Town to start his studies and career in the fashion industry. After completing his studies he worked for a major fashion chain in the menswear buying department, and moved along to work with other major SA designers.

Ruald started his fashion career designing for various labels and designers and thereafter launched his own signature line, RUALD RHEEDER® that is available exclusively at YDE countrywide. The RUALD RHEEDER® label has gained tremendous success and popularity and has become one of the best selling men’s labels in YDE earning him “Best New Designer” Award when the line launched and more recently “The most consistently excellent performing designer” award at the 2012 YDE awards.

Ruald Rheeder currently boasts with custom couture designs for an array of clients, including local celebrities such as Janez Vermeiren, Ewan Strydom, Ryan Sandez, Dieter Voigt, Cameron van den Burgh and the charming Jonathan Boynton-Lee as the face of the menswear brand.

In 2013 the RUALD RHEEDER® brand has come full circle with offically launching the ladieswear collection in YDE stores coutrywide and boasts with Leigh-Anne Williams as the face of the brand.

2014 proved even more successful as RUALD RHEEDER® was named one of Opulent Living/Mercedes Benz Top 10 Most Influential Designers in South Africa.

“Fashion has become even more important for men in South Africa and it’s vital to be aware of what is happenning in the fashion industry, not only locally, but on an international level” 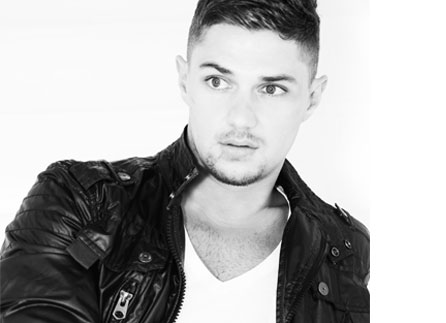